In 1981, Ed & Pookie Duangrat took a leap faith to pursue the “American Dream” of owning a small business.   They resigned from their jobs and used their life’s savings to open a humble Thai & Asian grocery, just around the corner from here.   In business, it’s usually about location, location, location.  But picking this location was easy, as it was the only one that the young couple could afford on their shoestring budget!

Perhaps the silver lining was that the neighborhood at the time had a sizeable Southeast Asian immigrant community.  Business and the neighborhood both flourished!  The grocery laid the foundation for the couple’s namesake, flagship restaurant, Duangrat’s- established in 1987.  From the start, Ed & Pookie redefined the quality and presentation of Thai cuisine, raising its standard from “mom & pop” to upscale.  It was the first Thai restaurant of its kind.  Three decades later, Duangrat’s is the longest serving Thai restaurant in the DC Metro area and is still widely regarded as one of the best in town! 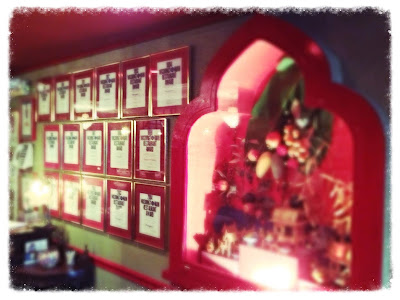 To date, Duangrat’s is the only Thai restaurant ever to earn two of
Washingtonian Magazine’s most coveted honors-
Blue Ribbon Award and Restaurateur of the Year (1998),
along with other numerous local and national accolades including:

P.S.  For a casual, native Thai dining experience, check out our sister restaurant Rabieng around the corner. Rabieng serves traditional, regional and street-style Thai cuisine in a relaxed and rustic setting.